Less than two months after the celebration of the International Women’s Day I’ve finished the second season of Stranger Things, the famous television series released on Netflix. At the beginning seems that there’s no relation between the claiming day and the series, but I have to remark that I’m truly proud of the female characters of this television production. 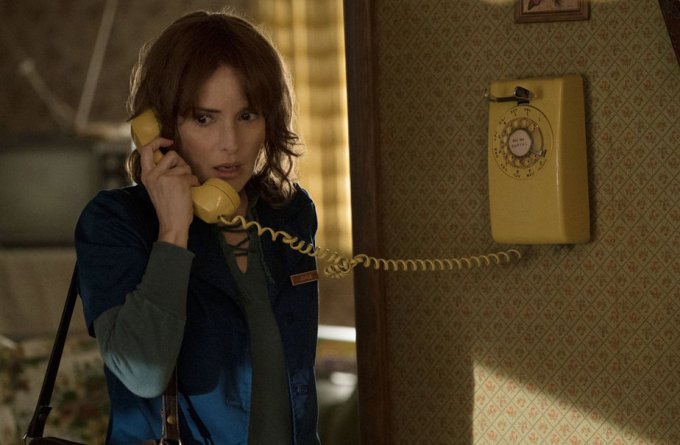 Since the first season, Joyce Byers, mother of Will Byers and one of the principal characters interpreted by Wynona Riders, has been showing how brave she is and her fearlessness. She shows the immensity of a mother’s love fighting against unknown monsters and creatures from another world. Joyce does not hesitate when she needs to use a gun or a bat with nails to defend her family and friends and never waits for a man to do the dirty work. She is a warrior who takes control of the situation using her intelligence in order to save her son and the rest of the people who are in danger.

Definitely she is the big protagonist of Stranger Things. ‘El’, as her friends call her, appears at the beginning of the first season as one of the most disturbing characters and has been evolving in a favorable way ever since.
She is a twelve year old girl who had lived in a laboratory since she was born and was separated from her mother. In this laboratory she had been used as a weapon and as an instrument to make experiments because of her supernatural powers. One day, after a big experiment went wrong, chaos occured and she escaped from her hell. This is the point which marks the beginning of the series
As if she was a baby, the spectators could see how she starts to understand the reality of the people she meets and even how she learns from watching others how to talk and behave. She posses supernatural powers, which consist in a huge strength that allows her to move with her mind a hundred of tons in weight and even to kill. At the beginning she acts without control, but as long as she is learning and developing social connections with different characters she uses her power against enemies. She is the main hero of this story. Not only because of her super powers, but her personality and loyalty. Millie Bobby Brown is the actress who plays this part in the series.

Maxine, or Max for her family and friends, appears in the second season. This part is played by the actress Sadie Sink and is one of the newest characters of the series and she has to deal with a difficult family, in specific a troublemaking brother, older than her, who is always bothering and threatening her. Max became another member of the small group of teenagers also consisting of the characters Will, Dustin, Mike, Eleven and Lucas. Another little but brave girl who doesn’t show fear when has to face an enemy and has to deal with her horrible brother-in-law. She loves skating and is the best arcade games player of Hawkins, the village where the whole story takes place.

Although I’m not a fan of Science fiction films, I have to recognize that this series sucked my whole atention as a result of its storytelling. It’s admirable and remarkable the range of strong female characters that appear in Stranger Things. They are energetic and capable women who never need to wait for men, with clear ideas, bravery and strength of a character.             They show with their small bodies plenty of self-confidence and courage. Congratulations to the Duffers Brothers who created, wrote, and directed this television series.